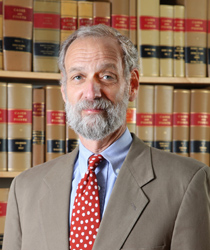 Craig Kaplan has been practicing law for more than three decades. In 2006, Mr. Kaplan became counsel to the Firm, where he continues to represent not-for-profit organizations and to specialize in the area of wills, trusts and estates. Mr. Kaplan also works with the Firm on various litigation and transactional matters.

Among the not-for-profits Mr. Kaplan has counseled are the American Jewish World Service, the Henry Street Settlement, the North Star Fund, the Women’s Leadership Fund and the Morningside Center for Teaching Social Responsibility.

In 2004, Mr. Kaplan essentially relocated to Washington, D.C. to serve as Counsel to the Voter Protection Project of America’s Families United, where he was in the leadership of national voter registration efforts that successfully registered nearly 5,000,000 new voters. He continues to participate in the development and implementation of strategies – including litigation – to protect and expand the franchise.

Mr. Kaplan has taught at New York University and Queens College. He was also a member of the faculty of the National Institute of Trial Advocacy. He was appointed by Mayor David Dinkins to serve as a member of the Mayor’s Committee on the Judiciary and has served on the board of directors of many not-for-profit organizations, including the Board of Governors of the Antioch Law School, the Neighborhood Defender Service (Harlem), The Longvue Foundation (New Orleans), the Bill of Rights Foundation and the Graduate Center Foundation of the City University of New York.

In 1974, Mr. Kaplan joined the Criminal Defense Division of The Legal Aid Society, where he spent the next four years representing indigent New Yorkers charged with crimes in both the Criminal Court of the City of New York and the Supreme Court of the State of New York. In 1978, Mr. Kaplan was elected president of the Association of Legal Attorneys of the City of New York (“ALAA”), the union representing the nearly 1000 Legal Aid attorneys, and was instrumental in effectuating the affiliation of the Union into the professional division of the UAW.

Mr. Kaplan served as ALAA president until 1981, when he left the Union and became a campaign director of then NYS Senator Frank Barbaro’s insurgent campaign to replace Edward I. Koch as Mayor of New York City. He also worked as a political and organizational consultant for a number of not-for-profit organizations, including the Legal Services Corporation and the Modern Language Association.

Before becoming a name partner in the law firm of Levinson, Mogulescu and Kaplan in 1984, Mr. Kaplan was Special Counsel to the National Emergency Civil Liberties Committee where, among other things, he represented members of the New York City Council before the Nuclear Regulatory Commission in a prescient effort to shut the Indian Point Nuclear Reactor on the grounds that the danger zone, which includes New York City, cannot be safely evacuated in the event of an accident.

At Levinson, Mogulescu & Kaplan, which became Levinson & Kaplan in 1992 when William Mogulescu was appointed to the bench, Mr. Kaplan engaged in the general practice of law, with a primary focus on litigation (civil and criminal); the representation of not-for-profit organizations; and wills, trusts and estates. Upon the dissolution of Levinson & Kaplan in 2004, Mr. Kaplan became counsel to the firm of Gulielmetti Levinson, and then, upon its dissolution, to the Firm.