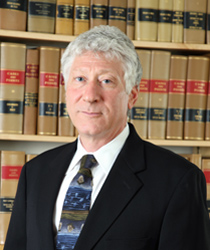 Upon graduation, Mr. Goldstein clerked for the Honorable James L. Oakes of the United States Court of Appeals for the Second Circuit. Following his clerkship, he was awarded the prestigious Karpatkin Fellowship at the American Civil Liberties Union, where he worked on the ACLU’s Supreme Court docket, and children’s and reproductive rights issues. Mr. Goldstein was an associate at the Firm from 1987-1992, and at Weil, Gotshal & Manges, LLP from 1992-96, where he was involved in complex trade secrets, commercial, and bankruptcy litigation. Mr. Goldstein left practice to teach law from 1996-1999, as Assistant Professor of Law at South Texas College of Law in Houston, Texas, where he taught Constitutional Law, Federal Civil Procedure and Professional Responsibility. In 2000-01, Mr. Goldstein served as Adjunct Professor of Law at Fordham Law School in New York, where he taught Civil Procedure. In 1999, Mr. Goldstein rejoined the Firm as a principal.

Mr. Goldstein’s practice focuses on complex litigation in both the trial and appellate courts. Mr. Goldstein has also litigated numerous cases at the Trademark Trial & Appeal Board (TTAB) of the United States Patent and Trademark Office. He has appeared in numerous appellate courts and trial courts in a wide variety of matters.

Previously, Mr. Goldstein prevailed in sovereign immunity litigation on behalf of the Republic of South Africa arising from its effort to prevent unauthorized use of Internet domain names bearing the “South Africa” name. In connection with the protection of country names as Internet domain names, Mr. Goldstein advised the Government and assisted in preparing presentations to the World Intellectual Property Organization (WIPO) and the Internet Corporation for Assigned Names and Numbers (ICANN).

Mr. Goldstein has worked closely with Michael Krinsky on the Firm’s representation of the Cuban government and Cuban enterprises, including in the areas of telecommunications, travel, trade sanctions, banking, intellectual property, sovereign immunity, and execution of judgments.

A significant part of Mr. Goldstein’s intellectual property practice concerns the protection of trademark and related rights in the United States of the renowned Cuban cigar brands of the Cuban cigar companies, Habanos, S.A. and Cubatabaco, including litigation in the U.S. courts and at the TTAB, and obtaining and maintaining registrations with the USPTO. With Mr. Krinsky, he is representing Cubatabaco in federal litigation over the U.S. rights to the world famous COHIBA trademark. Mr. Goldstein also represents the trademark owners of most other marks registered by Cuban nationals in the United States.

Mr. Goldstein, with Eric Lieberman, represents several religious organizations and their members in a diverse array of matters, ranging from disputes with local, state and federal governments, often involving constitutional issues, to intellectual property issues, family law, and tort and commercial litigation. Recently, in federal civil rights litigation on behalf of a church and its members, the Firm ended the efforts of a county agency to remove children from their families, and to restrict the religious practices of parents and their children.